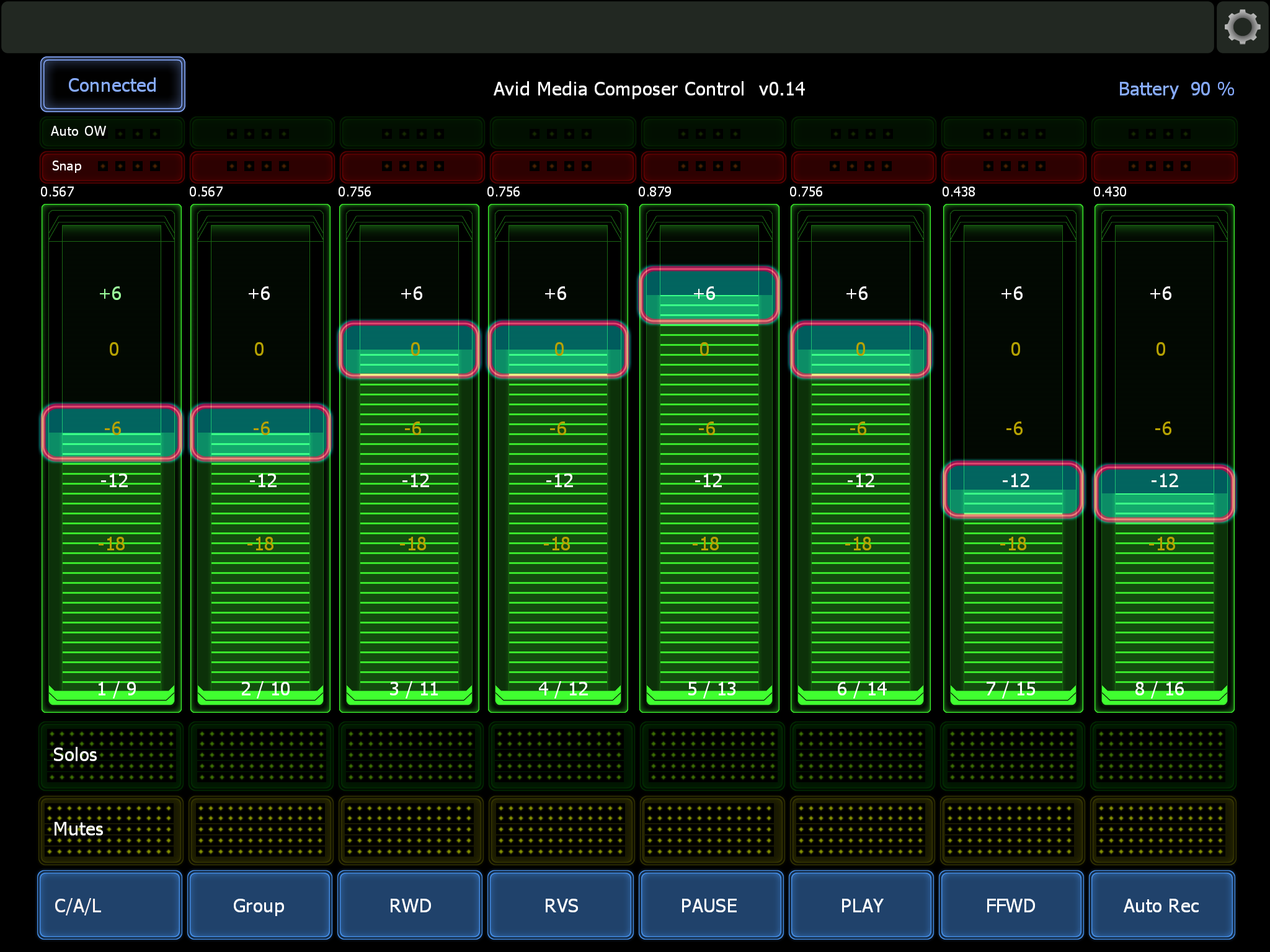 This new template solves several problems with the previous effort.

Really, though, the main downside to using this template is that Lemur is not cheap. The app is 50 clams. It’s still way cheaper than a hardware control surface, and a million times more flexible, but 50 dollars isn’t pocket change.

I also did not use this when working on a PC Media Composer. There is a desktop component to install, and I didn’t want to fuss with it on someone else’s computer. I can tell you there are no issues I’m aware of on OS X 10.6.8 and with Media Composer 5.5. There is no reason I can see this wouldn’t work with 6, but I haven’t tested it yet.

To use this template, you’ll need to purchase the Lemur app, then go to the Liine.net website and download the installation files. There’s a background “daemon”, and an editor you use to design and build screens for the interface. Once you’ve installed those to your machine, download my template:

Launch the Lemur Editor and open the template by clicking the blue folder in the upper left corner. Then, with your iPad on the same WIFI network as your computer, press the button that looks like “play” on the upper right hand side of the Lemur Editor. You should see a dialog box with your iPad’s name in it. Click that, and the Avid control template should appear on the iPad. Now, on your iPad, tap the gear icon on the upper right edge of the screen, then tap the right below where it says “Project”. Press the save button to save the template so you won’t need to fuss with the editor any more.

As with the previous templates, you need to get your iPad connected to the computer. On a Mac, launch the Audio Midi Setup application you can find in the Utilities folder. Double click the “Network” icon in the MIDI window, look for your iPad’s name in the directory pane, and click the connect button. Good to go. The first time you do this, you’ll need to make a session. Do this by clicking the “+” under the “My Sessions” pane.

Load a sequence into the source monitor in Avid. Now, tap the “Connect” button on the upper left side of the iPad. Within about 5 seconds, the Audio Mixer on the Avid should get a bunch of little blue lights on it, and the faders on the iPad should match your screen. After that, just do what comes natural.

Note that the buttons on the lowest edge of the template, below the mutes, won’t work without a little extra effort. I’ve configured these to send MIDI notes 0 through 7, and I use Keyboard Maestro to respond to these notes and press the corresponding keys on my Mac. The two most useful keys are actually ones that are not normally keybindable in Composer anyway – the “Group” button on the audio mixer, which toggles through banks of 8 faders, and the “Clip/Automation Gain/Live” button, which toggles the sort of volume automation the Avid’s mix window is responding to. I’ve found that using the automation gain to make ramps and valleys together with clip gain to make broader level settings is workable in a way it never was without the Lemur.